Pharma Is a Sensitive Issue 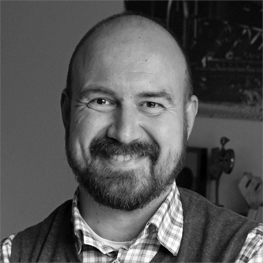 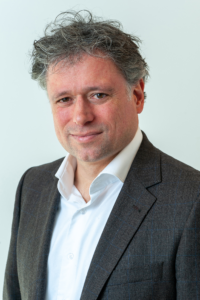 Worldcom has started a couple of interesting international research projects. One was initiated and lead by you. Can you give us background information about the idea and summary of results of Digital Health Report?

To be honest, the initial idea was developed by our India-based Worldcom partner SPAG, who already had a more concise version of the research in place. My agency and many of our partners being active in the always dynamic pharma sector, I decided to join forces and examine the online activities in this sector.

In cooperation with our partners we have analyzed 25 pharmaceutical companies in 20 countries:

France was added at a later stage; we have the results, but they haven’t been included in the report.

The pharmaceutical companies are the following:

The short summary of the results would go like this:the local communication of pharmaceutical multinationals leaves much to be desired; many online communication channels remain unused, local content and issue management are often not present.

The longer version is a bit complicated indeed.

Our analysis shows that the pharma companies make very little use of the power of blogs. Admittedly, almost all pharmaceuticals report having a ‘global blog’, but local blogs are almost impossible to discover. Also, the number of blogs posted is quite moderate.

Most companies have efficient, target group centered apps. With the exception of two companies, the pharmaceuticals score 50% or more in this category.

LinkedIn accounts are present, but no pharmaceutical company achieves even 50% of the score. This is mainly due to the fact that country specific pages on LinkedIn are apparently not common in the pharmaceutical sector.

Given the importance of YouTube, it is surprising that this platform does not seem to belong to the standard communication arsenal of the pharmaceutical companies. Local YouTube accounts are available in only a handful of countries.

The use of the remaining channels, i.e. Google+, Pinterest, Flickr, Instagram and Tumblr has proved to be so low among our pharmaceutical companies that it is of little use to discuss them separately.

In 2018 around 38,000 messages have been put online ‘About the pharma sector’. Not surprisingly, given the reputation of the average pharmaceutical company: what is said about the sector is not always positive.

In a nutshell, the pharmaceutical companies tweet and post about their company, their congresses and campaigns, the disorders they treat and general health issues. The people who do not officially communicate on behalf of the pharmaceutical companies also talk about conspiracies and other possible abuses in pharmacy. Nonetheless, the general sentiment is not clearly negative.

Twitter is the number 1 channel to talk about the pharma sector.

Issues that generate a lot of attention or an increasing amount of posts and tweets are ‘big pharma’ and ‘opioid abuse’, respectively. In 2018 no less than 66,000 posts were distributed in which ”big pharma” is mentioned. Most of the messages (77%) can be found on Twitter.

From communication perspective which are the most important trends which dominate health/pharma industry’s near future?

The research showed that there is a lot to be gained by being transparent. This will become increasingly important. On the one hand this means that pharmaceuticals need to be present (and in doing so be transparent) locally, i.e. providing objective content that is relevant for the people in their own region, using local language and local (media) angles. One the other hand this means having an opinion on issues that dominate the public opinion, such as opioid abuse, drug pricing, and big pharma.

Which are the major differences (is there are any…) between traditional health/pharma companies and new biotech firms?

I do not have the research to back this up, but it might be tradition and administrative inertia versus the newcomers’ flexibility. I sense a feeling of ‘we have always done it like this’ versus ‘let’s try out new ways to communicate (without breaking the strict rules that govern pharma marketing)’.

To me, an extremely negative landmark was the Martin Shkreli story. In September 2015, Shkreli received widespread criticism when his company, Turing Pharmaceuticals, obtained the manufacturing license for the anti-parasite drug Daraprim and raised its price by a factor of 56, from US$13.50 to $750 per pill. This lead him to be referred to by the media as “the most hated man in America” and “Pharma Bro”.

Obviously pricing in the pharma industry has always been a sensitive issue, but for me in September 2015 consumers started being even more skeptical, openly critical about and angry with pharma. So I think pharma’s reputation among the general public then hit rock bottom. Resulting in the positive fact that this has led to serious introspection and to discussions about mission and vision within pharma companies. Yes, shareholders are important, but if you do not put the patient (i.e. the man in the street) in the center of your activities, you will lose that patient. And with that the reason for your existence. In the Netherlands we already have a pharmacy owner and a hospital who decided to perform their own pharmaceutical compounding, copying existing drugs and charging only one fifth of the price of the big pharma company. They were both taken to court, they both won.

Can you give us a brief overview of one client project which you are especially proud of and which could illustrate the recent trends of this industry?

A couple of years ago we were asked to assist in the introduction of a drug for the EMEA HQ of pharmaceutical company Mallinckrodt. Since we can reach all our partners in the Worldcom network with one push of our speed dial buttons, we were awarded this account for 45 countries. Unfortunately, we didn’t get any further with the actual introduction than nine countries, due to changing corporate insights. But the foundation we laid at the time is still something I am proud of.

Crisis management was one of the tasks, and it didn’t take much effort to convince the CEO at that time that a local or international crisis can’t be managed by the Dutch lead agency alone. If the crisis occurs in the Netherlands, you use the Dutch agency. The Dutch consultants know the dynamics, the local media landscape, the local stakeholders, etc. If the crisis occurs in another country, you use the Worldcom agency in that country.

My agency did draft the overall crisis plans, of course, including possible scenarios and international stakeholders. We also handled the international online monitoring. But as soon as the proverbial excrements would have hit the fan, we had our local partners available 24/7 to step in and advise our client.

As for basic communication strategies can you see new trends in this industry? I mean in several industries everyone goes for storytelling nowadays. Can you see something like this or something else here?

I don’t think pharma is very innovative in its communication. This probably has to do – to a large extent – with the restrictions in the sector, limiting (especially product) communication possibilities in many ways. Key opinion leaders, endorsers, patient testimonials and CSR initiatives have always been and still are important, and are being used by many companies.

I am hoping for more resourcefulness in the online and social area, though. The Worldcom Digital Health Monitor showed that there are loads of opportunities on the online channels, but they are not being used.

Hopefully that will be the next trend: making extensive use of all the relevant channels, using personalized content, in all relevant formats.

Managing partner at Wisse Kommunikatie. He is primarily active in the medical, pharma and healthcare sectors. In that capacity he is also general manager in charge of supporting the forty healthcare institutions for which Wisse Kommunikatie handles crisis communication.

Serge holds a number of positions in addition to that of managing partner. For example, he is jointly responsible for directing Wisse´s sister agency INSTICOM in Brussels and he is a Worldcom board member and chairman of the Worldcom Healthcare Practice Group.

He has worked at Wisse Kommunikatie since 2008 and has been a co-owner since 2012. Before he came to Wisse Kommunikatie, he was active as a journalist and editor and worked for companies in the medical sector. He studied French and Danish at the Erasmus University College for Translators and Interpreters in Brussels and Business Communication at the Radboud University of Nijmegen. 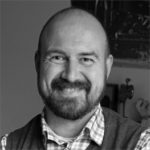